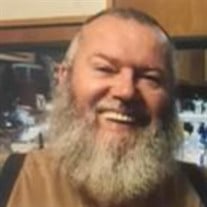 Bobby Wayne Carter, 63, of Tunnel Hill, GA passed away on Thursday, September 23, 2021. He was born on May 30, 1958. He was preceded in death by his parents LC and Doris Carter; brothers, Sammy Carter, Louis Carter, Calvin Carter; brother... View Obituary & Service Information

The family of Bobby Wayne Carter created this Life Tributes page to make it easy to share your memories.

Send flowers to the Carter family.