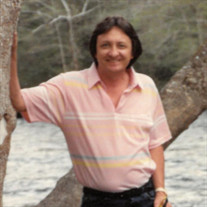 Carl Parker, age 71, of Chatsworth, Georgia passed away Monday, April 12, 2021. He was born on March 24, 1950. He was preceded in death by his parents, Decatur and Ora Dell Parker; brothers, Lloyd Parker and Luke Parker; sisters, Deborah Kay Parker, Rita Fay Parker, Laura Wyatt, Betty Walraven and Virginia Dixon. He is survived by his wife, Patricia Parker of Chatsworth; sons and daughters-in-law, Darren and Laura Parker of Chatsworth, Steve and Sheree Patton of Dalton, Rick and Shelly Patton of Rocky Face; brother and sister-in-law, Ray and Betty Parker of Chatsworth; sister and brother-in-law, Althea and Burton Walraven of Chatsworth; grandchildren, Drew Patton, Addison Patton and Hayden Patton; and several nieces and nephews. A funeral service to celebrate the life of Carl Parker will be held at 2:00 PM Wednesday, April 14, 2021 at the chapel of Dalton Funeral Home with Bro. Herman Parker and Bro. Jeremy Hanrahan officiating. Interment will be at West Hill Cemetery. The family will be receiving friends for visitation from 9:00 AM until the hour of service. Arrangements have been entrusted to independently owned and operated Dalton Funeral Home, 620 S. Glenwood Ave. Dalton, GA 30721; 706-529-5371. CLICK LINK BELOW TO LIVESTREAM THE FUNERAL SERVICE https://portal.midweststreams.com/services/watch/56tkdzMzpU

The family of Carl Parker created this Life Tributes page to make it easy to share your memories.

Send flowers to the Parker family.