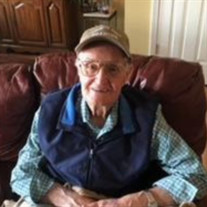 Mr. Cleston Dale Martin, age 86, of Dalton, went to be with the Lord early Thursday morning, August 5, 2021, at Orchard Ridge Residence Personal Care home. He was a loving father, son and husband. Dale was born January 18, 1935 in Liberty Hill, Texas: he was the son of the late Lonnie Lewis Martin and Addie Adeline Wells Martin and was also preceded in death by his brothers, BC Faulknor, Royce Faulknor and sisters, Bonnie Phillips, Doris Grant, Rachel Barnett, and former spouse (the mother of his children) Dorothy Martin. Dale is survived by the wife, Jane Rogers Martin and her daughter Becky Morris (Troy) Overby; He is also survived by his children Vickie Martin Crider, Wanda Martin, Lonnie (Tena) Martin, Gary (Mary) Howard, Judy Howard (Joe) Purcell, grandchildren and great grandchildren. He is also survived by his brothers, Doyle Faulknor, Leroy Faulknor, Lenoy Faulknor and Henry Faulknor; and sisters, Lou Welch and Lola Martin Eaton. He is also survived by his uncle Enis Wells; nieces, nephews and cousins. Dale grew up in east Texas and then moved to North Georgia. After 30 years of service to Watson Wilson/Yellow Freight, he retired at age 51. Dale was a very kind hearted and devoted son, whom dearly loved his Mother and cared for her, until she went to be with the Lord. He continued his love for others even in his later years by visiting the sick and elderly. Dale loved to travel, hunt with his close friends from the Church of God of the Union Assembly, and spend time with family. The family would also like to express a loving thank you to all his caregivers at Orchard Ridge Residence and Tapestry Hospice for their love and care. Services to celebrate the life of Dale will be held Friday, August 6, 2021 at 2:00 PM. The family will receive friends at Dalton Funeral from 10:00 AM until the time of service. Immediately following the funeral service, Dale Martin will be laid to rest at Little Prospect Memorial Grounds, Prater Mill Road, Dalton, Georgia. Arrangements have been entrusted by independently owned and operated Dalton Funeral Home, 620 S. Glenwood Ave. Dalton, GA 30721; 706-529-5371.

The family of Mr. Cleston Dale Martin created this Life Tributes page to make it easy to share your memories.

Send flowers to the Martin family.