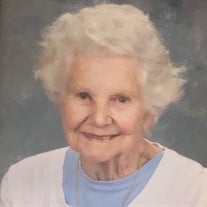 Edith Stone Gordy, 98, of Dalton passed away Friday, April 23, 2021 peacefully at her home away from home, Morningside of Dalton. Edith was born January 9, 1923 in Cleveland, Ohio to Mark Burton Stone and Lillian Mae Williams Stone. She spent most of her growing up years in Concord and Cambridge, Massachusetts. After high school she became a dental hygienist until she met the love of her life at West Point, New York, Steve Gordy. They married December 15, 1945, and as she laughed “in 22” of snow”. They were married 61 years until his death in 2006. Because Steve had a 30 years military career, Edith traveled and supported him in 17 moves. Her favorite was Izmir, Turkey where she gave birth to their 3rd child, survived several earthquakes, had a Russian spy as their maid as well as calming their 2 daughters during an international crisis. It was all part of life for her, taking it all in stride perfectly calm. Edith was a doer perfecting most everything she did. She made THE best apple pie in the world, taking 7 years to perfect the crust. Steve would often request an apple pie instead of a cake for his birthday. Girl Scouting was a love of hers, involved as a child (selling so many cookies she won 2 weeks at GS camp for many years), as a leader for her girls and even in Dalton influencing several troops here. She loved to snow ski!! She began in Heidelberg, Germany, which was Steve’s first duty station after W.W. II. They skied wherever they lived……She proudly wore an 80 patch on her ski jacket which meant she skied into her 80’s. She LOVED her church and always found one wherever they lived. She sang in the choir until she was 92. One of the legacies that Edith will leave her family and friends is the love of giving and being grateful! She was grateful for everything you did for her. Her very last words were “thank you”. Edith is preceded in death by her parents, her husband Stephen Ellison Gordy, her daughter Carolyn Stone Gordy Wetherill and sister Mary Elizabeth Calabro. She is survived by her children, Nancy (Bill) Hyatt of Dalton, and Stephen E. Gordy, Jr (Denise) Sterling, Ga.; Son-in-law, Bob Wetherill of Cross Plains, Ind, grandchildren, Carrie (Michael) Hulsey of Sharpsburg, Ga., Peter (Tanya) Hyatt of Clemson, S.C., Chad (Vanessa) Wetherill of San Antonio, TX., Brett Wetherill of Colorado Springs, CO., Mandy (Ken) Wilt of Cross Plains, Ind., Christopher (Julianna) Gordy of Leesburg, Va., Jessica (Demond) Tapscott of Warrenton, Va., Matthew (Erin) Gordy of Aldie, Va., Jason (Tiffany) Maddens of Leesburg, Va., Andre (Kevin) Marimow, of Charlestown, W. Va., and 26 grandchildren. A graveside service will be held at 10:00 AM on Tuesday, May 4, 2021 at the Georgia National Cemetery in Canton. The family asks that flowers please be omitted and memorials be made to ChristChurch Presbyterian, 510 S. Tibbs Rd, Dalton, Ga or Doc-Up, P.O. Box 904, Dalton, GA. 30722. Arrangements have been entrusted to independently owned and operated Dalton Funeral Home, 620 S. Glenwood Ave. Dalton, GA 30721; 706-529-5371.

Edith Stone Gordy, 98, of Dalton passed away Friday, April 23, 2021 peacefully at her home away from home, Morningside of Dalton. Edith was born January 9, 1923 in Cleveland, Ohio to Mark Burton Stone and Lillian Mae Williams Stone. She... View Obituary & Service Information

The family of Edith Stone Gordy created this Life Tributes page to make it easy to share your memories.

Send flowers to the Gordy family.