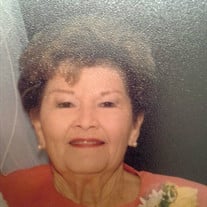 Calhoun resident Syble Spink, passed away Thursday, July 11, 2013 at her home following a brief illness. She leaves behind Drena Lanier; daughter, Sarah Fallin; daughter, Bill Spink, son and 8 grandchildren and 6 great grandchildren, who she adored. The daughter of James and Daphne Tate, she graced this world with her presence on June 1. An advocate of physical health, the nine-decade span of her life included a vast array of sports and exercise, including but not limited to tennis, power walking, ballroom dancing, and shopping (in big malls). Contrastingly, she kept her mental skills sharp as a talented bridge player and avid reader. Her love of travel led her all over the world, often with her late sister and best friend, Sara Muse. She will be remembered for her wit, charm and fiery attitude. Blessed was the man, William W. Spink, who had the task of wrangling her. After a brief courtship, they were joined in marital union in 1944, and were wed until his passing. Never one to be outdone in the style department, she put careful consideration into her appearance for every occasion. Her dazzling wardrobe did not dim with time. This was less about vanity than self-respect, and it was important to her to make the effort. She lived up to every expectation of a true Southern woman. She will be greatly missed by her outspoken, often crazy, but always good-humored family. A funeral service to celebrate the life of Ms. Syble Spink will be held at 1:00 PM on Monday, July 15, 2013 at the Calhoun First United Methodist Church with Rev. Burt Vaughn officiating. Interment will follow

The family of Ms. Syble Tate Spink created this Life Tributes page to make it easy to share your memories.

Send flowers to the Spink family.