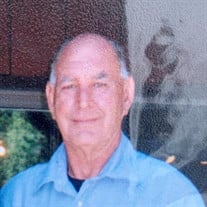 Vernon Daniel Finkle, age78, of Calhoun, Georgia passed away Wednesday, March 2, 2022. He was born on March 11, 1943. He enjoyed hunting, fishing, stockcar racing, motorcycles and gun collecting. He was preceded in death by his wife, June Finkle;... View Obituary & Service Information

The family of Vernon Daniel Finkle created this Life Tributes page to make it easy to share your memories.

Send flowers to the Finkle family.