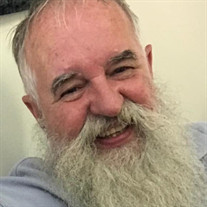 William Dale Earley William was truly one of the best people to ever walk this earth. He was genuine, loving, and funny. Reeling in fish with his push-button Zebco and his family by his side was his idea of a great day. He loved his family dearly, especially his loving wife of 51 years. Not only was his wife his world but so were his children, Terry and Shannon. The love that he felt for his grandchildren was with out measure, to say that he thought Taylor, Eric, Danielle, and Catie hung the moon was an understatement. He was the Husband, Dad, and Papaw that everyone dreamed of having. He lived his life to the fullest and made every minute count. He knew how to fix just about anything, and he thoroughly enjoyed the lost art of “piddling around”. He was happy to be a papaw to anyone who needed one. He loved life and thanked God for every day that he was blessed with. To know him was to love him. He was truly a legacy, and he will live on in the hearts of the many who loved him. So it s with regret to announce that William Dale Earley, age 69, of Chatsworth, Georgia passed away Tuesday, February 23, 2021. He was born on March 23, 1951. He was preceded in death by his parents, Dale and Ina Earley and brother Terry Earley. He is survived by his wife, Barbara Earley of Chatsworth; son, Terry Earley; daughter and son-in-law, Shannon and Bill Jinright;, grandchildren, Taylor Blair Stone and her husband Eric, Danielle Jinright, and Catie Jinright all of Chatsworth. Also by sister-in~law and brother~in~law Deb and Harold Brock, brother and sisters-in-law, Donnie and Annette Earley, Larry and Delane Earley; sisters and brothers-in-law, Leona and Randy Steelman, Nancy and Bill Holbert. Cousins Cheryl and Jim Long and many more. A celebration of William and Barbara Early’s life will be held at 12:00 PM Saturday, March 13, 2021 at Faith Worship Center (189 Hyden Tyler Rd. Chatsworth, GA 30705). The family will be receiving friends at 11:00 AM to view pictures and visit with family. Arrangements have been entrusted to independently owned and operated Dalton Funeral Home, 620 S. Glenwood Ave. Dalton, GA 30721; 706-529-5371.

William Dale Earley William was truly one of the best people to ever walk this earth. He was genuine, loving, and funny. Reeling in fish with his push-button Zebco and his family by his side was his idea of a great day. He loved his family... View Obituary & Service Information

The family of William Dale Earley created this Life Tributes page to make it easy to share your memories.

William was truly one of the best people...

Send flowers to the Earley family.